Want to listen to the audiobook Erie Canal written by Erie Canal Museum?
MP3 Audiobook Player is here to help! 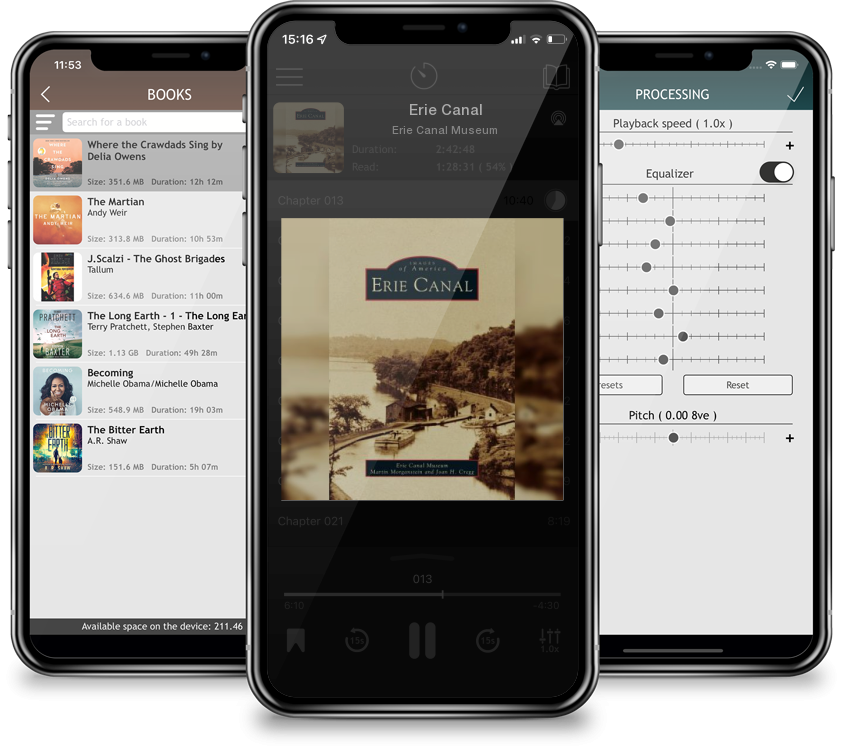 The building of the Erie Canal was the engineering marvel that unleashed the growth of the young nation that was the United States. Spearheaded by the vision of Gov. Dewitt Clinton, New York State built the waterway that opened the West to settlement and made New York City the center of finance and commerce. Opened in 1825, the canal proved so commercially viable that construction of an enlarged Erie Canal began just eleven years later. The success of the canal spawned the growth of cities, towns, businesses, and industries along its route in upstate New York. Erie Canal takes you on a ride through the heyday of the old Erie Canal. You can swim with the Volunteer Life Saving Corps as they sharpen their skills, view images of mule-drawn boats wending their way through scenic countryside, and marvel at the engineering of the bridges, aqueducts, and locks that facilitated the functioning of the canal. Erie Canal travels a step back in time and illuminates the people whose lives were shaped by the canal.