Want to listen to the audiobook Ernest Hemingway in the Yellowstone High Country written by Christopher Miles Warren?
MP3 Audiobook Player is here to help! 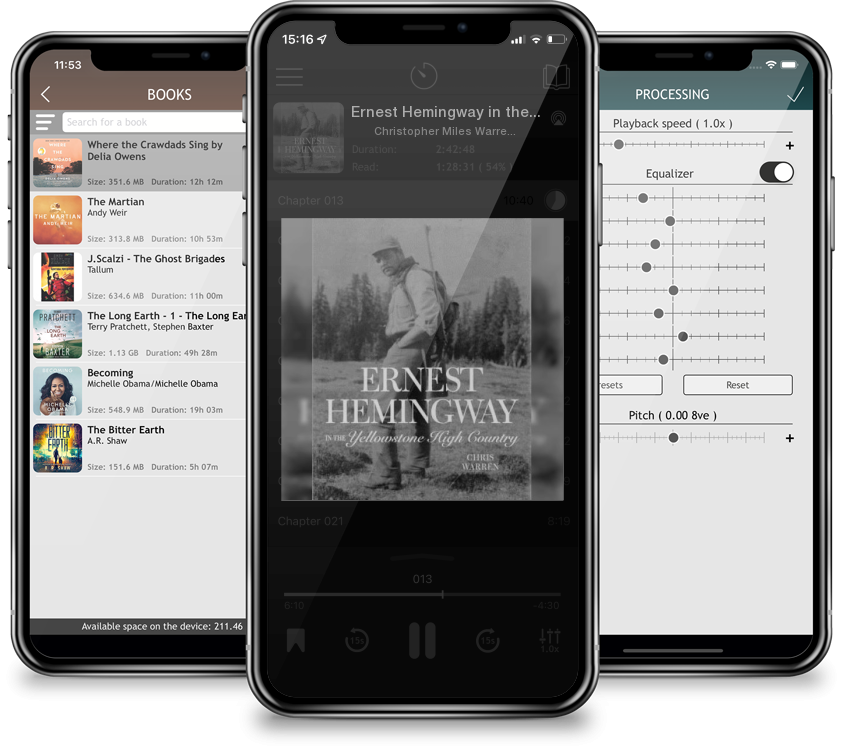 In the 1930s, iconic American author Ernest Hemingway spent five summers at a ranch on the edge of Yellowstone National Park. Here he did some of his best writing, and his experiences in the mountains are connected to twelve of his most famous works, including For Whom the Bell Tolls. Hemingway declared that the ranch near the small, wilderness town of Cooke City, Montana, on the edge of Yellowstone, was one of his favorite places to write in the world, on par with Paris and Madrid. Yet Hemingway's time in the Yellowstone High Country has never been thoroughly examined--until now. After years of painstaking research, author Chris Warren takes readers on an astonishing journey into one of the most important periods in the life of one of the world's most important writers. Winner of the Nobel Prize for literature, Hemingway was at his best--as a man, father, and writer--when he was in the Yellowstone High Country, and in this fascinating and thoroughly enjoyable book, Warren examines what Hemingway did here, what he wrote here, and how his experiences and the people he met here shaped his life and work. This is a Hemingway that few readers knew existed, living in a place that few scholars knew was so essential to his writing. Author Chris Warren, a resident of Cooke City, Montana, has spent years researching Hemingway's connection to the area. In 2018 he presented a paper on Hemingway's final short story, which was set in Cooke City, to the Hemingway Society in Paris, France. Warren's research was instrumental in bringing the society's biennial conference to Cooke City, Montana, and Sheridan, Wyoming, in 2020.