Want to listen to the audiobook Extreme Survivors: 60 of the World's Most Extreme Survival Stories written by Bear Grylls?
MP3 Audiobook Player is here to help! 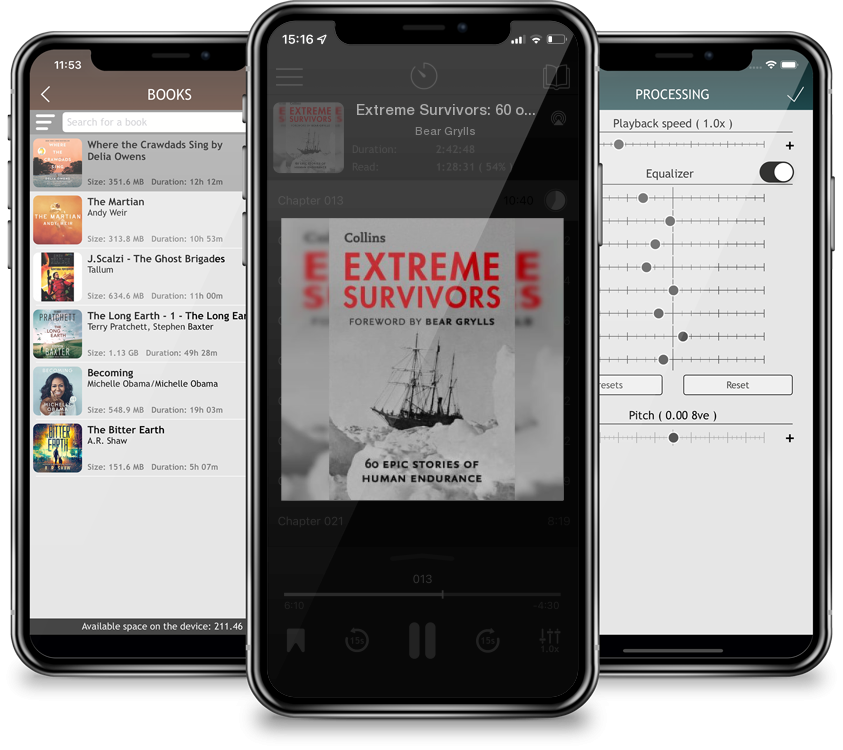 The illustrated stories of 60 of the most daring escapes, famous shipwrecks, and ultimate survival stories--all astonishing tales of human endurance and endeavorThe statistics, descriptions, archive photographs, and illustrative maps collected here will give readers a full understanding of how Joe Simpson crawled to safety in the South American Andean mountains, how Anthony Farrar-Hockley evaded capture after the Battle of Imjin River in the Korean War, and how Shackleton's men survived the incredible journey by boat to South Georgia. Survival stories include the Miracle of Stairway B, and how 16 people managed to escape death in the Twin Towers on 9/11 and the infamous story of the Montevideo rugby union team's plane crash in the Andes, and their subsequent admission of cannibalism. Prison escapes range from Mary Queen of Scots and her escape from a remote Scottish castle, to three men pulling off what is possibly the only successful escape from Alcatraz, to Henri Charriere's (Papillon) five escape attempts from the Devil's Island penal colony. Such wartime escape stories are included as that of Dith Pran, the Cambodian journalist who escaped the genocide of Pol Pot, and how the German soldier Cornelius Rost escaped from a labor camp in Siberia and trekked for three years to Iran. The book also discusses hostage situations, like Naheeda Bi's 10 years in captivity after her notorious tribal kidnapping in Pakistan and the dramatic rescue of Ingrid Betancourt by Colombian security forces after six years.