Want to listen to the audiobook Eye On the Struggle: Ethel Payne, the First Lady of the Black Press written by James McGrath Morris?
MP3 Audiobook Player is here to help! 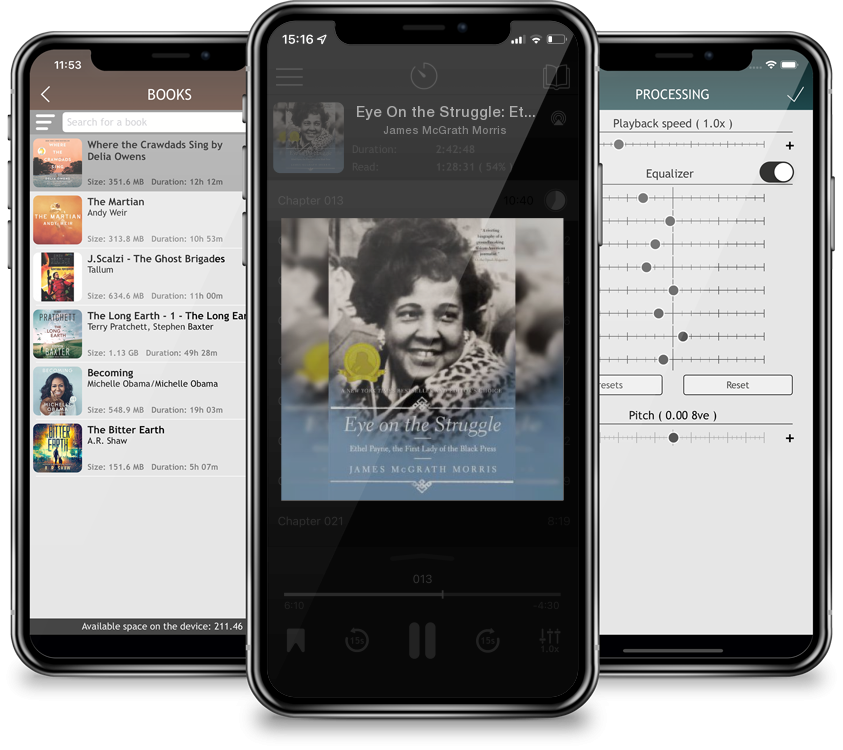 Eye On the Struggle: Ethel Payne, the First Lady of the Black Press

James McGrath Morris’s groundbreaking biography illuminates the life and accomplishments of pioneering journalist Ethel Lois Payne, and pays tribute to the critical role of the black press in the civil rights era. A self-proclaimed “instrument for change,” Payne publicly prodded President Dwight D. Eisenhower to support desegregation. From Alabama to Vietnam, from Indonesia to Ghana, her reporting on legislative and judicial civil rights battles enlightened and motivated black readers, for whom she served as an eyewitness on the frontlines of the struggle for freedom. At great personal risk, Payne covered such landmark events as the Montgomery bus boycott, the desegregation of the University of Alabama, the integration of Little Rock’s schools, and the service of black troops in Vietnam. A trailblazing black woman in an industry dominated by white men, Payne also broke the glass ceiling, becoming the first female African-American radio and television commentator on a national network, working for CBS. Inspiring and instructive, moving and enlightening, Eye on the Struggle celebrates this extraordinary woman and her achievements—and reminds us of the power one person has to transform our lives and our world.