Want to listen to the audiobook Herbert Huncke: The Times Square Hustler Who Inspired Jack Kerouac and the Beat Generation written by Hilary Holladay?
MP3 Audiobook Player is here to help! 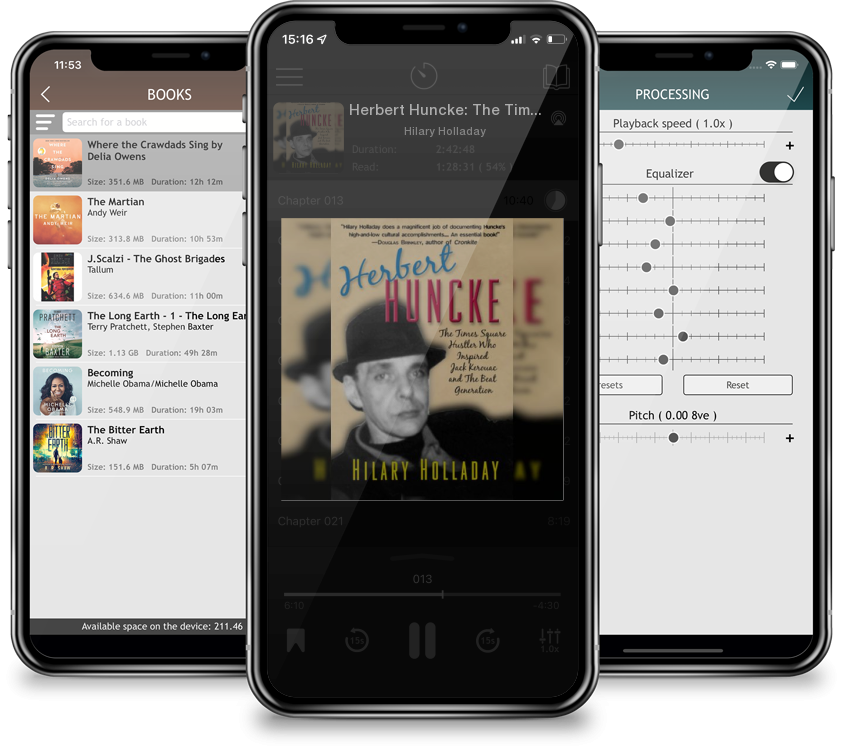 Muse and mentor to Allen Ginsberg, William Burroughs, and Jack Kerouac—who said of him, “Huncke is the greatest storyteller I know, an absolute genius at it”— Herbert Huncke steps out of the shadow of his more famous peers in this absorbing and tender biography by Hilary Holladay. In this richly-layered portrait, the unsung bard of the streets emerges in all his tattered glory: his painful childhood and adolescent rebellion; run-ins with the law; adventures at sea and riding the rails; and later life in his beloved New York City where he became a legendary denizen and guide to the new bohemians eager to learn from the wily master.