Want to listen to the audiobook Here's Looking at You: Hollywood, Film & Politics. Fourth Edition written by Ernest Giglio?
MP3 Audiobook Player is here to help! 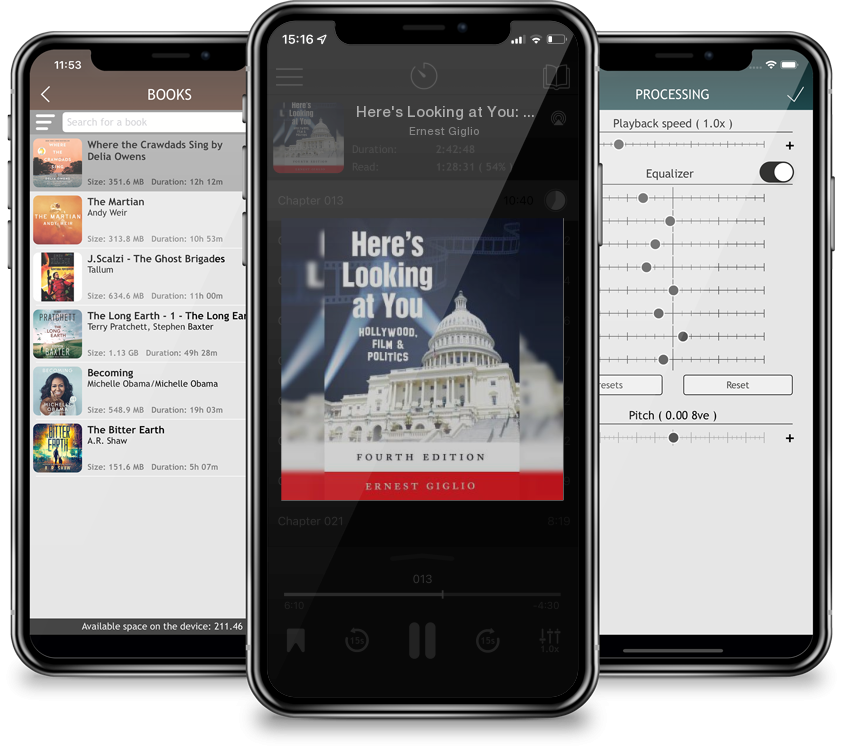 Now in its updated and expanded fourth edition, Here's Looking at You: Hollywood, Film & Politics examines how the tangled relationship between Hollywood's global film industry and the politics of federal and state governments manifests itself in the real world of political campaigns and in the fictional world of Hollywood films. The book contradicts the film industry's assertion that it produces nothing but entertainment. While it is true that the vast majority of Hollywood films are strictly commercial ventures, hundreds of movies - from Birth of a Nation to The Help, recreated stories like Argo and Zero Dark Thirty and historical pieces such as Lincoln and The Conspirator - contain political messages, both overt and covert. This new edition begins with President Obama's re-election and includes new photos and statistical data, three new chapters and eight case studies that provide in-depth analysis of special films that are certain to challenge existing views and stimulate classroom discussion. Here's Looking at You serves as a basic text for courses in film and politics and as a supplement in American government and film studies courses. Film buffs and general readers will also find it of interest.