Want to listen to the audiobook I'll Scream Later written by Marlee Matlin?
MP3 Audiobook Player is here to help! 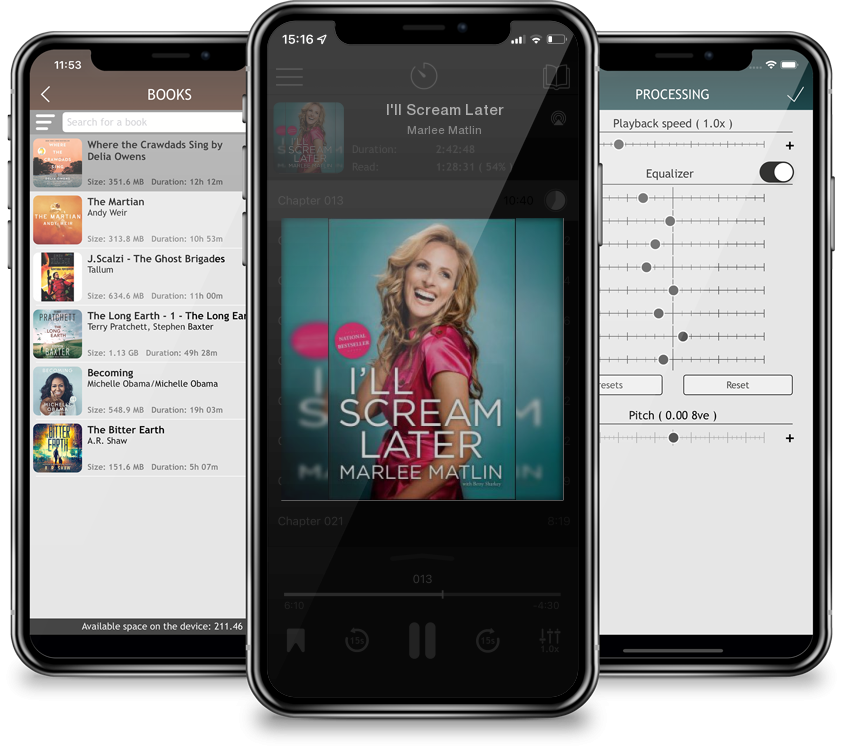 From Children of a Lesser God to Dancing with the Stars, to Switched at Birth, Academy Award– and Golden Globe–winning actress Marlee Matlin shares her incredible life story in a moving and often surprising memoir, I’ll Scream Later.More than twenty years after becoming the youngest woman to win a Best Actress Oscar for her stunning performance as Sarah Norman, the pupil-turned-custodian at a school for the Deaf in Children of a Lesser God, Marlee Matlin continues to be an inspirational force of nature. A working mother, wife, activist, and role model, she takes readers on the frank and touching journey of her life, from the sudden and permanent loss of her hearing at eighteen months old to the highs and lows of Hollywood, her battles with addiction, and the unexpected challenges of being thrust into the spotlight as an emissary for the Deaf community. With uncompromising honesty, she reveals the shocking incidents of molestation that took her years to reconcile; her passionate and tumultuous relationship with Oscar winner William Hurt; her romances with Rob Lowe, Richard Dean Anderson, and David E. Kelley; and much more. As fresh and invigorating as her memorable television roles on Seinfeld, The West Wing, The L Word, and her dazzling turn on Dancing with the Stars, Marlee Matlin’s self-portrait captures the chutzpah and humor of a celebrated actress who continues to defy all expectations.