Want to listen to the audiobook Irrepressible: The Jazz Age Life of Henrietta Bingham written by Emily Bingham?
MP3 Audiobook Player is here to help! 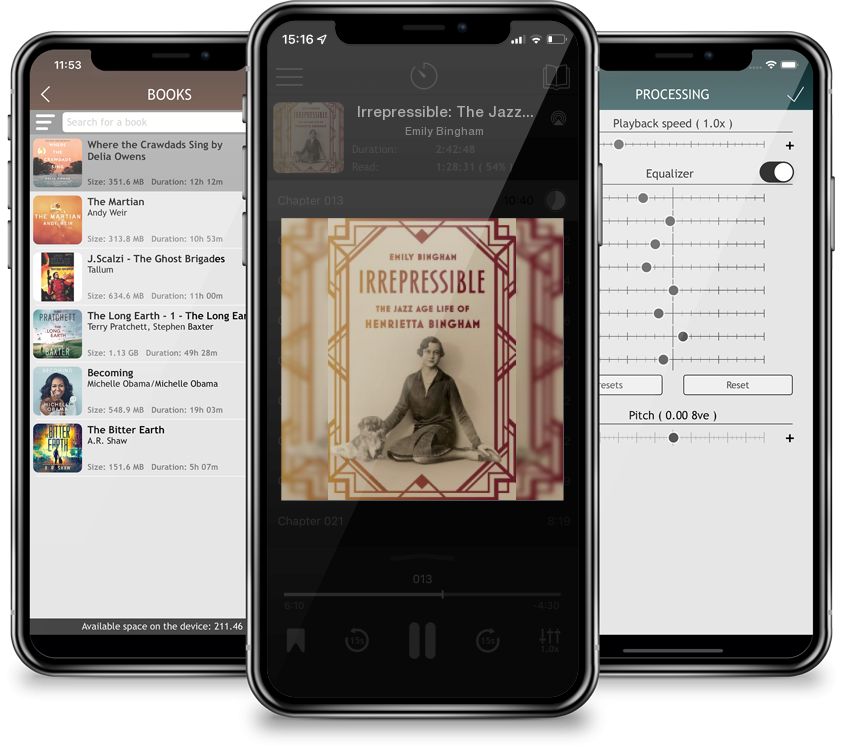 Raised like a princess in one of the most powerful families in the American South, Henrietta Bingham was offered the helm of a publishing empire. Instead, she ripped through the Jazz Age like an F. Scott Fitzgerald character: intoxicating and intoxicated, selfish and shameless, seductive and brilliant, endearing and often terribly troubled. In New York, Louisville, and London, she drove both men and women wild with desire, and her youth blazed with sex. But her love affairs with women made her the subject of derision and caused a doctor to try to cure her queerness. After the speed and pleasure of her early days, the toxicity of judgment from others coupled with her own anxieties resulted in years of addiction and breakdowns. And perhaps most painfully, she became a source of embarrassment for her family-she was labeled "a three-dollar bill." But forebears can become fairy-tale figures, especially when they defy tradition and are spoken of only in whispers. For the biographer and historian Emily Bingham, the secret of who her great-aunt was, and just why her story was concealed for so long, led to Irrepressible: The Jazz Age Life of Henrietta Bingham.Henrietta rode the cultural cusp as a muse to the Bloomsbury Group, the daughter of the ambassador to the United Kingdom during the rise of Nazism, the seductress of royalty and athletic champions, and a pre-Stonewall figure who never buckled to convention. Henrietta's audacious physicality made her unforgettable in her own time, and her ecstatic and harrowing life serves as an astonishing reminder of the stories lying buried in our own families.