Want to listen to the audiobook Jeff Buckley: From Hallelujah to the Last Goodbye written by Dave Lory?
MP3 Audiobook Player is here to help! 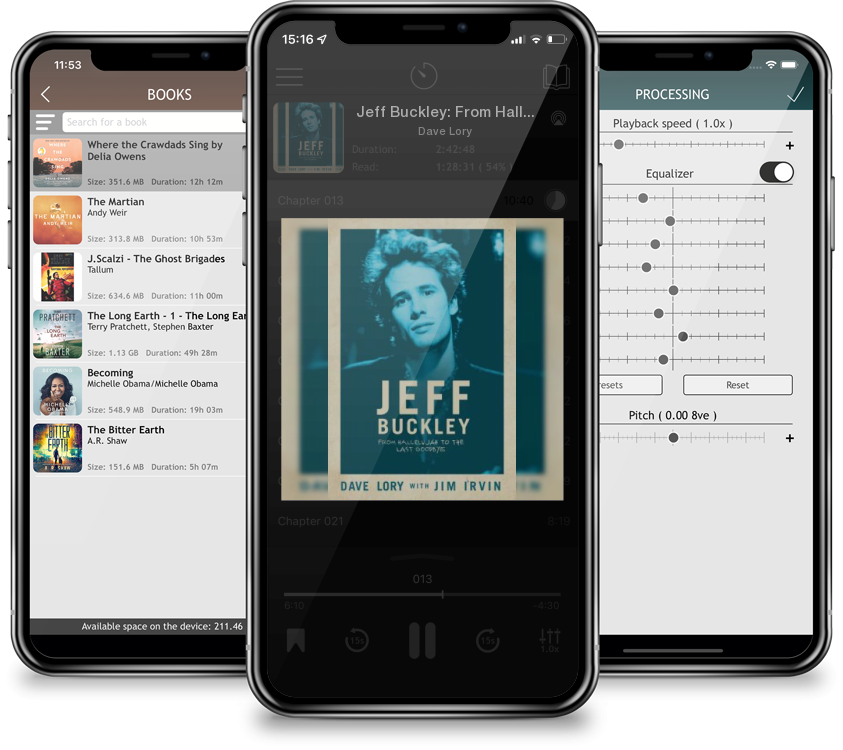 Jeff Buckley: From Hallelujah to the Last Goodbye

The definitive book on iconic cult hero Jeff Buckley, the singer who made just one record but inspired a generation of rock musicians. Written by his manager Dave Lory, Jeff Buckley includes interviews with others who worked closely with him who have never spoken before. For the first time since Jeff Buckley’s untimely death on May 29, 1997, his manager Dave Lory reveals what it was like to work with one of rock’s most celebrated and influential artists. Go on the road and behind the scenes with Jeff, from the release of his debut EP Live at Sin-é to the second album Buckley never completed. Jeff Buckley includes testimony from the many people who worked closely with Jeff both on and off stage and includes never-before-shared intimate scenes that only Lory witnessed, including what went down immediately after Lory got that fateful call, “Jeff is missing.”