Want to listen to the audiobook Just and Righteous Causes: Rabbi Ira Sanders and the Fight for Racial and Social Justice in Arkansas, 1926-1963 written by James L. Moses?
MP3 Audiobook Player is here to help! 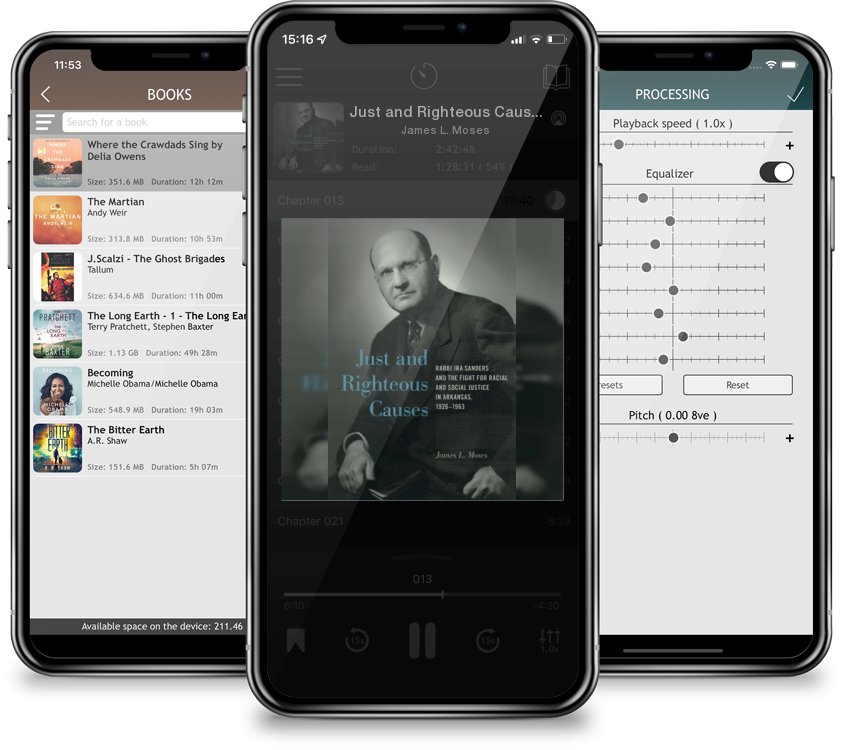 Just and Righteous Causes: Rabbi Ira Sanders and the Fight for Racial and Social Justice in Arkansas, 1926-1963

Winner, 2019 Booker Worthen Prize from the Central Arkansas Library System. A dedicated advocate for social justice long before the term entered everyday usage, Rabbi Ira Sanders began striving against the Jim Crow system soon after he arrived in Little Rock from New York in 1926. Sanders, who led Little Rock’s Temple B’nai Israel for nearly forty years, was a trained social worker as well as a rabbi and his career as a dynamic religious and community leader in Little Rock spanned the traumas of the Great Depression, World War II and the Holocaust, and the social and racial struggles of the 1950s and 1960s.Just and Righteous Causes—a full biographical study of this bold social-activist rabbi—examines how Sanders expertly navigated the intersections of race, religion, and gender to advocate for a more just society. It joins a growing body of literature about the lives and histories of Southern rabbis, deftly balancing scholarly and narrative tones to provide a personal look into the complicated position of the Southern rabbi and the Jewish community throughout the political struggles of the twentieth-century South.