Want to listen to the audiobook 10-88! Officer Down!: The story of an officer involved shooting, the politics involved and his survival of the PTSD that resulted from it al written by Dustin a. Reichert?
MP3 Audiobook Player is here to help! 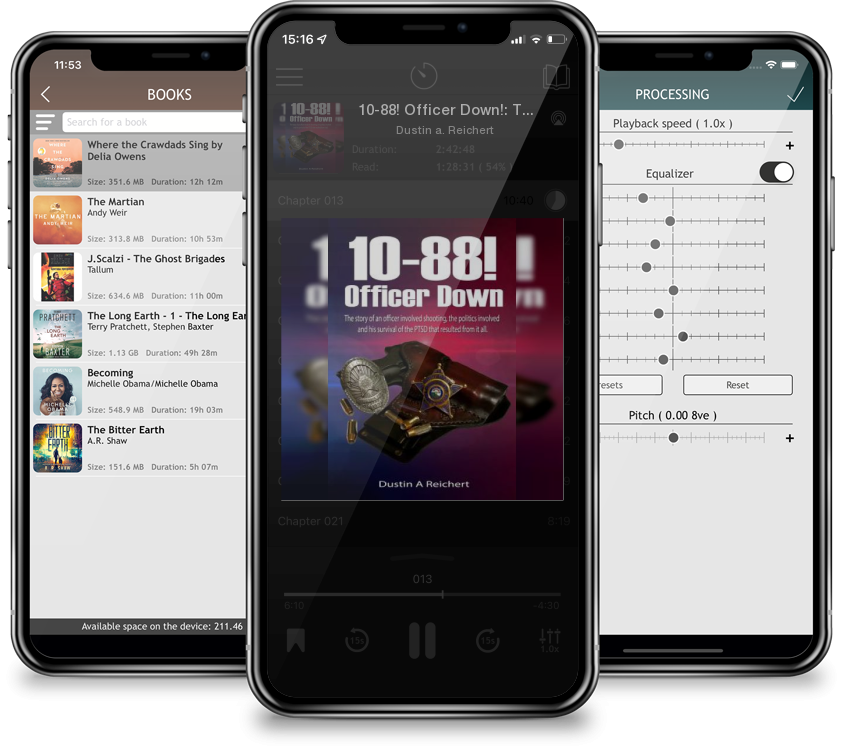 10-88! Officer Down!: The story of an officer involved shooting, the politics involved and his survival of the PTSD that resulted from it al

After almost 5 years with the department, Deputy Dustin Reichert was involved in a violent gun battle on the most routine of calls. After the smoke cleared and his body began to heal, it became apparent that the real chaos was just beginning. This is a story of working hard to obtain a career in Law Enforcement and how violence, politics, and misunderstanding of PTSD destroyed all of that hard work. More importantly this is a story of how Dustin searched inside himself to finally find forgiveness and healing, allowing him recover from his PTSD.