Want to listen to the audiobook 1000 Flags: Banners and Ensigns written by Elisabeth Dumont-Le Cornec?
MP3 Audiobook Player is here to help! 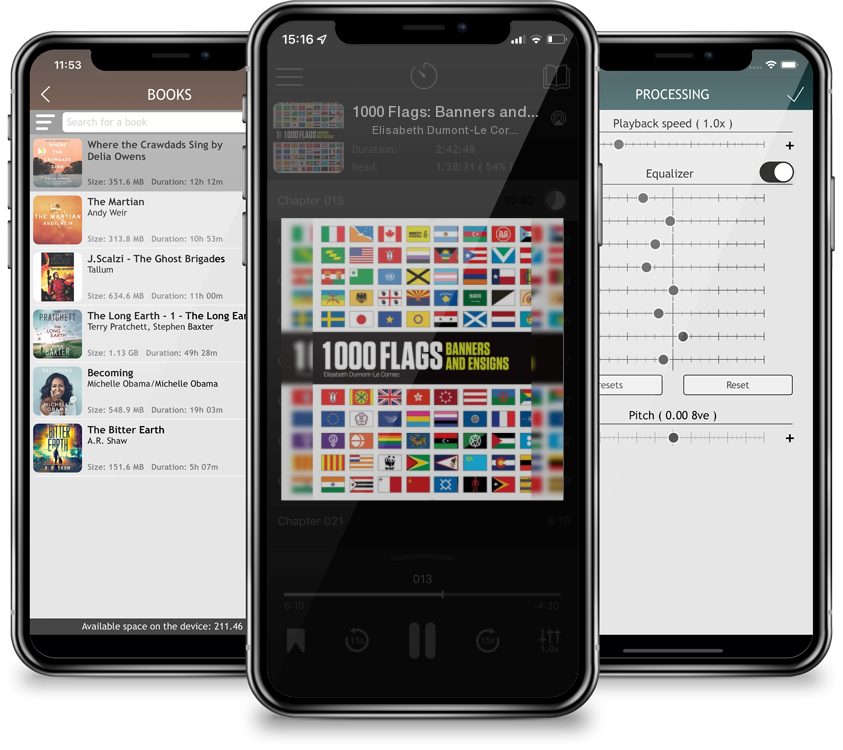 A guide to the world's flags, their history and design. Did you know that the flag of the United States has been modified 32 times? And that the Jolly Roger is still flown today? Every flag raised through time has a remarkable history tied to the identity and history of whoever is flying it. 1000 Flags reveals the significance and meaning of a flag's graphic components and introduces the major types of flag, with additional focus on the unusual and the unexpected. The book covers: Flag definition, composition and forms: What makes a flag To hoist the colors: White, black, red, green, blue, yellow and orange To prove sovereignty: The history of a national flag; Maritime pavilions To honor lineage: Heraldry in history to the present To glorify the past: The oldest flags; selection of historical flags; History of some national flags A flag to reflect change: Countries that have had the highest number of flags A flag to reveal religion: Christianity, Islam, Hinduism, Buddhism, Judaism; Procession banners A flag to reveal identity: Regional belonging, Cultural belonging A flag to reveal convictions: Protest flags, Organizational flags A flag to show strength or intimidate opponents: Weapons; Pirate symbols A flag to communicate intention: The 36 maritime signal pavilions and their associations A flag to impose rules: Competition flags, Beach flags. Topics of special focus include the genesis of the Union Jack; the most used colors; the birth of a flag; confederation flags, such as Panafrican and the European Union; LGBTQ and friends flags, such as Leather Fetish and Genderfluid Pride; and Racing Flags. By way of a fascinating survey of flag design, 1000 Flags provides a unique overview of world geopolitics, history, and political movements. It is an interesting reference book and will be a long-lived selection for schools, libraries and retail.