Want to listen to the audiobook A Nightmare on Clown Street (Goosebumps Most Wanted #7) written by R.L. Stine?
MP3 Audiobook Player is here to help! 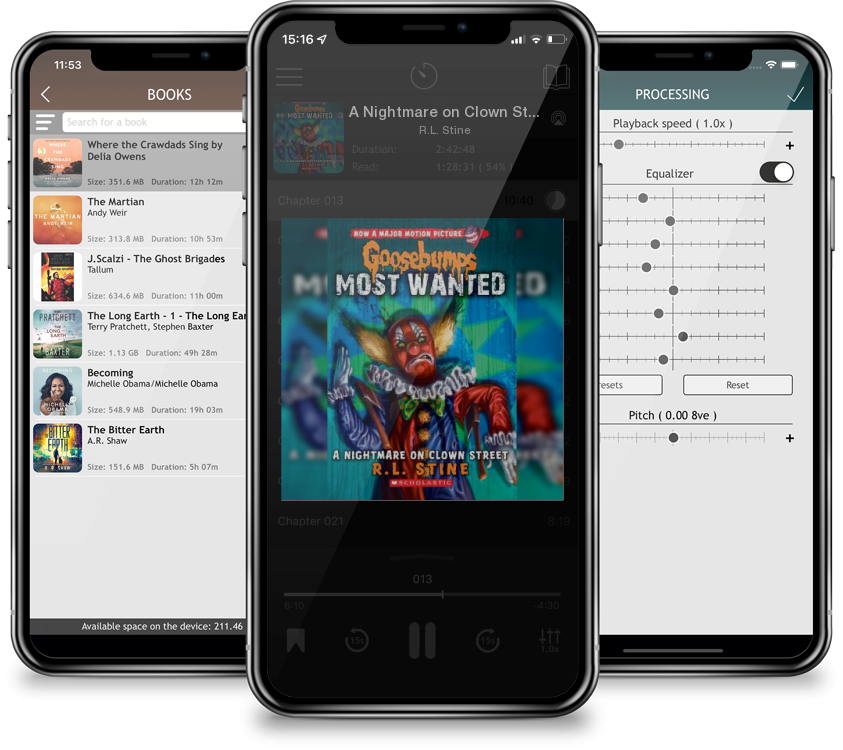 A Nightmare on Clown Street (Goosebumps Most Wanted #7)

The infamous, Most Wanted Goosebumps characters are out on the loose and they're coming after you! Catch them all, undead or alive!Ray Gordon really likes the circus. His uncle, Theo, is a performer in Koko's Klown Academy and he invites Ray to come join him for the summer. At first, Ray's parents are reluctant-they know their son has a habit of getting himself into strange situations. But Ray manages to convince them that he'll be on his best behavior. The circus itself is very cool. The clowns stay in their makeup all day and only go by their clown names. Ray becomes a clown-in-training named Mr. Belly-Bounce. But the longer he's there, the scarier things become. There are whisperings about a place called Clown Street and nobody, including Murder the Clown, wants to go there. Will Ray be able to survive the dark secrets of the circus?