Want to listen to the audiobook A Smuggler's Guide to Good Manners: A True Story Of Terrifying Seas, Double-Dealing, And Love Across Three Oceans written by Kenny Ranen?
MP3 Audiobook Player is here to help! 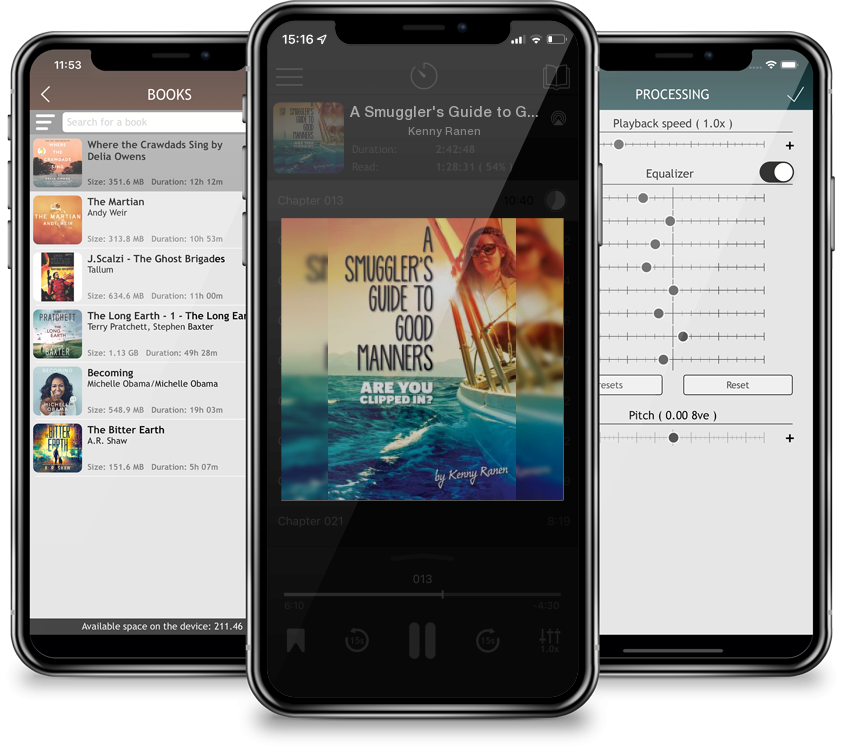 A Smuggler's Guide to Good Manners: A True Story Of Terrifying Seas, Double-Dealing, And Love Across Three Oceans

A Smuggler's Guide to Good Manners is a true story of wild seas, double dealing, and love across three oceans. It is a yarn still told in a hundred bars in tucked away ports where seafarers drink and wait out stormy weather. The story takes the reader on a smuggling voyage from the Atlantic down the Red Sea to Kenya, to Thailand and back across the Indian Ocean to Spain then the Netherlands. No notoriety, no articles in magazines, no calling for help when things get bad. Medical emergencies at sea, sharks, pirates, monsoon storms, and the Guardia Civil, notwithstanding... backing off was not an option. After 12 years of sailing and smuggling in the N. Atlantic and the Caribbean, Ranen, an old school pre electronic navigation sailor who smuggles to pay the bills for a lifestyle of dangerous freedom, heads for the Indian Ocean aboard his sleek deep ocean sailing boat, Sara. He left with a solid plan to sail new oceans, and do business in a new arena with different cultures. What happens when he gets there sends him on a path that was nothing he imagined, but such is the world of sailing and smuggling. Although Ranen has written this story in first person, It is also told from the perspective of the courageous young "Kenya Cowgirl" who became his crew and lover, all told through her journal entries from that voyage. In the days when "5/11" Beverly Johnson and Lynn Hill were winning the respect of the "rock star" climbers in Yosemite, Ranen was throwing a young Arianna Bell into the maelstrom of long distance non-stop sailing/smuggling. This is her story as well. Surprising twists of fate, cat and mouse with the law and other bad guys, as well as up close accounts of at life at sea in challenging conditions. Like living in a Dylan song.