Want to listen to the audiobook All-American Murder: The Rise and Fall of Aaron Hernandez, the Superstar Whose Life Ended on Murderers' Row (James Patterson True Crime #1) written by James Patterson?
MP3 Audiobook Player is here to help! 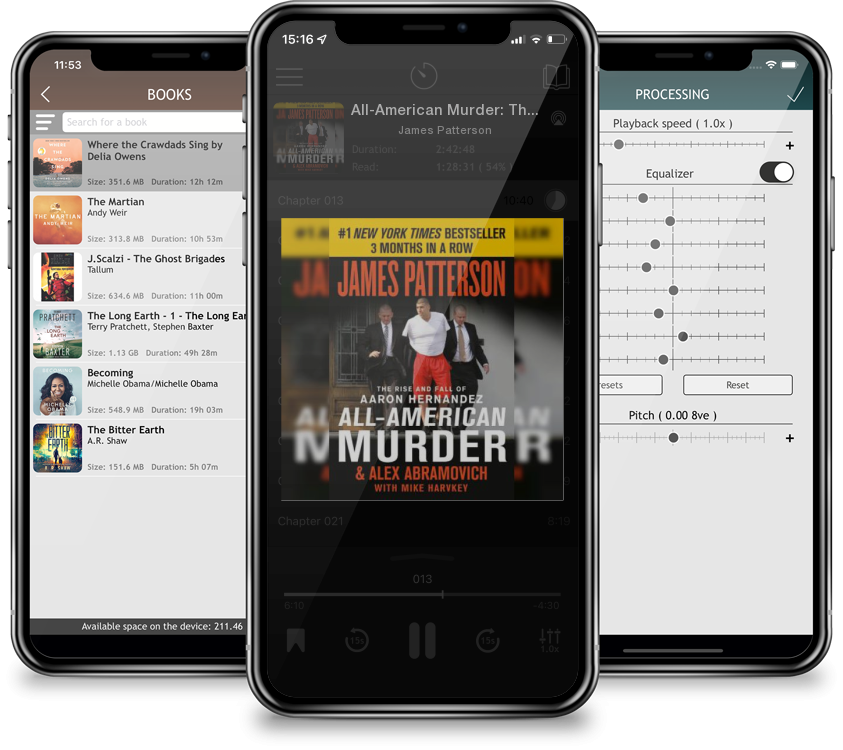 Discover the shocking #1 New York Times bestseller: the true story of a young NFL player's first-degree murder conviction and untimely death -- and his journey from the Patriots to prison.Aaron Hernandez was a college All-American who became the youngest player in the NFL and later reached the Super Bowl. His every move as a tight end with the New England Patriots played out the headlines, yet he led a secret life -- one that ended in a maximum-security prison. What drove him to go so wrong, so fast?Between the summers of 2012 and 2013, not long after Hernandez made his first Pro Bowl, he was linked to a series of violent incidents culminating in the death of Odin Lloyd, a semi-pro football player who dated the sister of Hernandez's fiancée, Shayanna Jenkins.All-American Murder is the first book to investigate Aaron Hernandez's first-degree murder conviction and the mystery of his own shocking and untimely death.