Want to listen to the audiobook Be Free or Die: The Amazing Story of Robert Smalls' Escape from Slavery to Union Hero written by Cate Lineberry?
MP3 Audiobook Player is here to help! 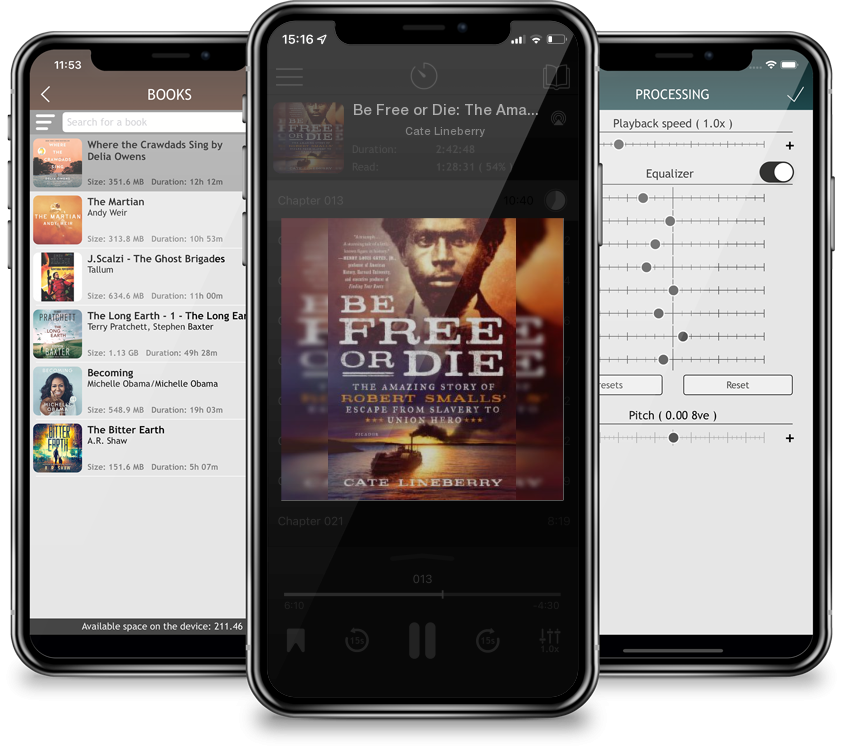 Be Free or Die: The Amazing Story of Robert Smalls' Escape from Slavery to Union Hero

"A stunning tale of a little-known figure in history. Robert Smalls' astounding heroism during the Civil War helped convince Lincoln and the country that African Americans were extraordinarily capable of fighting for their freedom. Lineberry has produced a triumph in this heroic story that illuminates our country's ongoing struggles with race." —Henry Louis Gates, Jr, Professor in American History Harvard University and Executive Producer of Finding Your Roots“Be Free or Die makes you want to stand up and cheer. Cate Lineberry has done us all a great service by telling this incredibly moving, thrilling, and important story about an American hero who deserves to be remembered, and admired.” —Candice Millard, author of Hero of the EmpireFacing death rather than enslavement—a story of one man's triumphant choice and ultimate rise to national heroIt was a mild May morning in Charleston, South Carolina, in 1862, the second year of the Civil War, when a twenty-three-year-old slave named Robert Smalls did the unthinkable and boldly seized a Confederate steamer. With his wife and two young children hidden on board, Smalls and a small crew ran a gauntlet of heavily armed fortifications in Charleston Harbor and delivered the valuable vessel and the massive guns it carried to nearby Union forces. To be unsuccessful was a death sentence for all. Smalls’ courageous and ingenious act freed him and his family from slavery and immediately made him a Union hero while simultaneously challenging much of the country’s view of what African Americans were willing to do to gain their freedom. After his escape, Smalls served in numerous naval campaigns off Charleston as a civilian boat pilot and eventually became the first black captain of an Army ship. In a particularly poignant moment Smalls even bought the home that he and his mother had once served in as house slaves.Be Free or Die is a compelling narrative that illuminates Robert Smalls’ amazing journey from slave to Union hero and ultimately United States Congressman. This captivating tale of a valuable figure in American history gives fascinating insight into the country's first efforts to help newly freed slaves while also illustrating the many struggles and achievements of African Americans during the Civil War.