Want to listen to the audiobook Bob Dylan : A Spiritual Life written by Scott M. Marshall?
MP3 Audiobook Player is here to help! 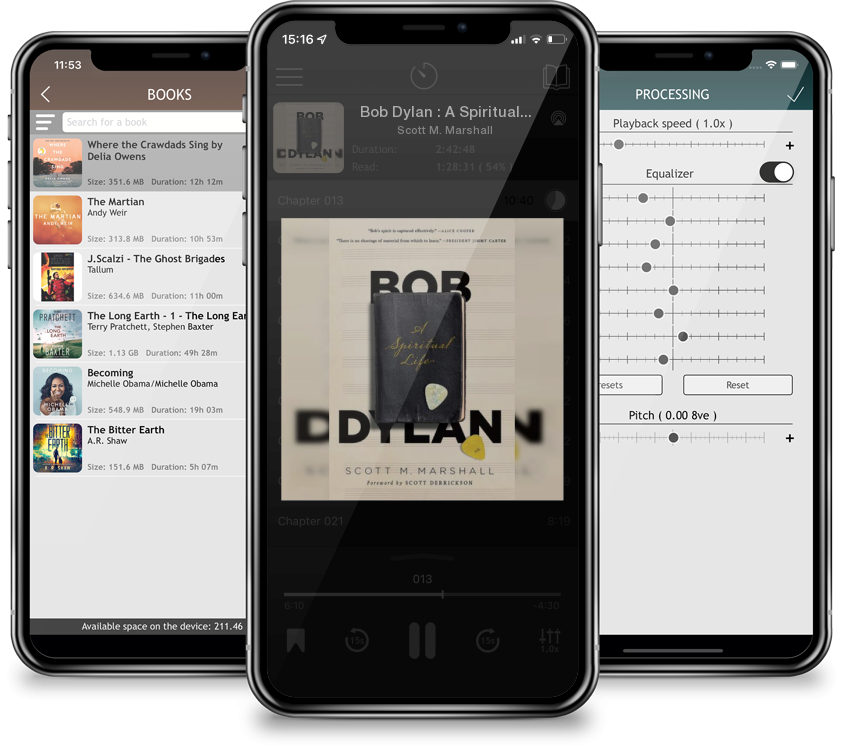 Never before has a book like this one delved into the spiritual odyssey of cultural icon Bob Dylan. Tracking an American original—from his Jewish roots to his controversial embrace of Jesus to his enduring legacy as the composer of the Tempest album—Bob Dylan: A Spiritual Life delivers the story of a man in dogged pursuit of redemption.Based on years of research and original interviews, this book sorts through the myths and misunderstandings and reveals Dylan to be both traditional and radical in the way he expresses his spiritual quest for purpose and meaning. "Call Dylan whatever you want, but the name won’t stick," said foreword writer and film director Scott Derrickson. "What does stick is his music, in part because his songs contain a deep, abiding spirituality that moves listeners like me more than the songs of any other artist."Bob Dylan: A Spiritual Life bridges the gap between purpose and meaning in grand fashion. It offers readers an informative, entertaining, and nuanced look into Bob Dylan’s spiritual odyssey. Today, there is not a Dylan book in existence that exclusively focuses on his spiritual odyssey through years of research and original interviews with those who know him and his journey well, such as Barry Beckett, Arthur Blessit, T-Bone Burnett, Carolyn Dennis, Dave Kelly, Regina McCrary, Maria Muldaur, Scott Ross, Jerry Wexler, and Paul Wasserman. The evidence abounds and Dylan's friends and fans provide a plethora of insight into this veritable music icon's spiritual side.“I’ve had a God-given sense of destiny," said Dylan in 2001. "This is what I was put on earth to do.”