Want to listen to the audiobook Honor in the Dust: Theodore Roosevelt, War in the Philippines, and the Rise and Fall of America's I mperial Dream written by Gregg Jones?
MP3 Audiobook Player is here to help! 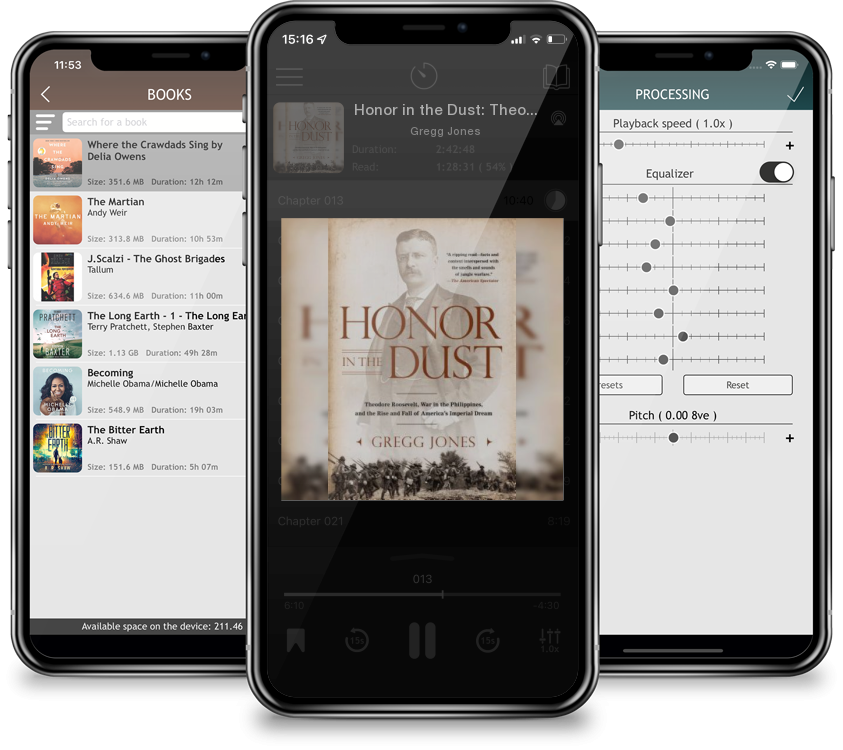 Honor in the Dust: Theodore Roosevelt, War in the Philippines, and the Rise and Fall of America's I mperial Dream

“Fascinating.”—New York Times Book Review • “Well-written.”—The Boston Globe • “Extraordinary.”—The Christian Science Monitor • “A compelling page-turner.”—Adam HochschildOn the eve of a new century, an up-and-coming Theodore Roosevelt set out to transform the U.S. into a major world power. The Spanish-American War would forever change America's standing in global affairs, and drive the young nation into its own imperial showdown in the Philippines.From Admiral George Dewey's legendary naval victory in Manila Bay to the Rough Riders' heroic charge up San Juan Hill, from Roosevelt's rise to the presidency to charges of U.S. military misconduct in the Philippines, Honor in the Dust brilliantly captures an era brimming with American optimism and confidence as the nation expanded its influence abroad.